This article is a part of our “Elevating Underrepresented Voices” series.  Our goal is to use our platform to help all speech-language professionals learn about the issues facing our profession when it comes to underrepresented populations.  Please click here to see what other SLPs we have featured. 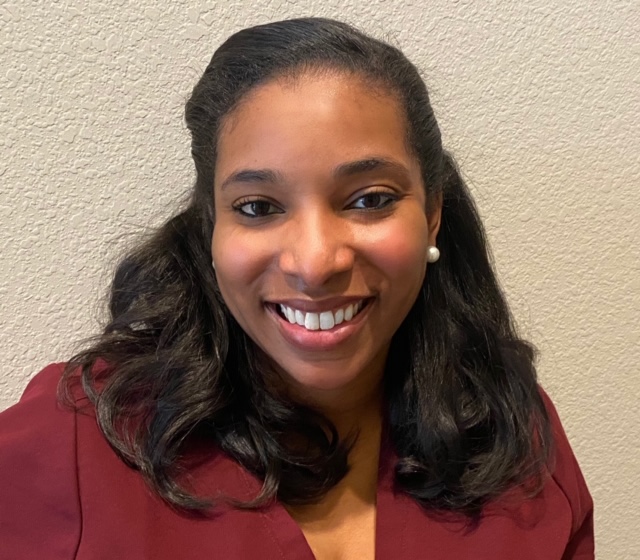 Marilouise Elizabeth is the founder, writer, and creative mind behind www.metheSLP.com–a professional blog aimed to highlight, engage, and empower young SLPs of color in the medical setting. As a medical SLP in Houston, TX, Marilouise has focused her career in adult acute care and currently works in a long-term acute care hospital. An early career professional herself, Marilouise recognizes the clinical and interpersonal challenges that new and young clinicians of color often face; therefore, she is passionate about increasing the visibility and leadership of minority populations in the field of Speech-Language Pathology through mentorship. Marilouise Elizabeth was recently awarded ASHA’s Distinguished Early Career Professional Award, is an alumna of ASHA’s Minority Student Leadership Program (class of 2013), a member of ASHA’s Healthcare Leadership Development Program 2020 cohort, and an active member of the National Black Association of Speech Language and Hearing. Marilouise is boldly making her mark on the field of Speech-Language Pathology after practicing for just 5 short years—and trust me, she’s just getting started! Keep up with her by subscribing to her blog at www.MEtheSLP.com and by following her on instagram @M.E.theSLP.

Quote: “Eventually, everyone comes through hospital doors, yet our field is essentially comprised of a homogenous group of professionals charged with the responsibility of competently serving a diverse group of patients and families at their most vulnerable times. And we know that when diversity and cultural competence is lacking, clinical competence is inevitably lacking.”

As a kid, my mom swore by a “brown magic marker”. You could always find one stashed in any drawer around our house—ready to color anything that was lacking in melanin. My parents strived to make sure that I always saw people who looked like me in all spaces. Black doctor. Black dentist. Black pastor. Black hairdresser. Black tennis instructor. Black camp. And if a Black version couldn’t be found, my mom created her own with her trusty “brown magic marker.” Barbie dolls, shirts, greeting cards, Santa Clause faces. Nothing was spared of the “brown magic marker”.

At times, I must admit it was embarrassing. I mean, who really wanted to be the one to show off their brown sharpie-colored Barbie at a sleepover (sadly, this was before Black Barbies became widespread)? But as I ventured into the real world—a world where very few people were advocating for brown faces—that embarrassment evolved into understanding, and that understanding instilled pride.

I remember the day I decided I wanted to be a Speech-Language Pathologist. I had just finished my freshman year at the illustrious Spelman College—the #1 ranked Historically Black College and University in the country (well, it’s true *Kanye shrug*). And after struggling through two semesters of pre-med coursework—calculus, biology, chemistry *gag*—I quickly decided medical school wasn’t for me after all. I met with the head of almost every department, took more variations of Myers-Briggs than you could imagine, and practically established a second home in the Career Planning Office, until one day, all signs led me to “Speech-Language Pathologist”. The problem was I had never even heard of a Speech-Language Pathologist, and I definitely had never met one. Every time I mentioned “Speech-Language Pathologist” people just stared at me blankly (even my parents). As a psychology major at a small liberal arts college, I knew if I wanted to get into this profession, I was going to be on my own. I scoured the internet for information, reached out to my professors for resources, cross-registered at a large university nearby to get a few pre-requisite courses, and sent out a ton of cold emails requesting to shadow Speech-Language Pathologists in the Atlanta area. Y’all, I was doing the damn thing. By senior year, I not only felt like I had my foot in the door, but I had practically knocked it down *brushes off shoulder*. I had been accepted to one of the top Speech Pathology programs in the country with a full ride (and, yes, it was merit-based…for that hater in the back who always asks).

So after college, I packed up my stuff, left the Black mecca of Atlanta, said ‘so long’ to the birthplace of #blackgirlmagic, and took my talents out to…Indiana. Yes, you read that right. I moved to Indiana. I spent the next three years of my life literally in the middle of a cornfield. I was the only Black person in my graduate program and one of just a handful of Black people in the whole town—but I had prepared myself for this. I have absolutely no regrets about my graduate school choice, and while there, I formed an amazingly strong village of support from friends, peers, and faculty members.

However, following graduate school, I was NOT at all prepared for the isolation I would experience in the workplace being one of the mere 3.5% of Black people in the field of Speech Pathology…

Read More on the Blog

Read the Rest of the Story

Want to learn more?  Would you like to connect with Marilouise?  Here’s how: 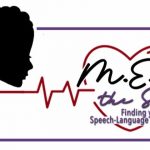 Visit Marilouise’s website where she blogs about being a medical SLP of color and helps others find themselves in speech-language pathology.

Helping You Help Them

We all got into this field because we wanted to help.  But high caseloads, tons of paperwork, and not enough planning time leads to burn-out and stress.

The SLP Solution’s mission is to support you with tools, resources, and expert advice so that you can be there for the children who depend on you!

*** The SLP Solution is for informational and educational purposes only and does not provide medical or psychological advice.  We provide general resources but cannot tell you exactly what should be done for a specific client.  Every client is different and your clinical judgement should be used when making decisions about specific individuals.

You can find out more about which cookies we are using or switch them off in settings.

This website uses cookies so that we can provide you with the best user experience possible. Cookie information is stored in your browser and performs functions such as recognising you when you return to our website and helping our team to understand which sections of the website you find most interesting and useful.

Strictly Necessary Cookie should be enabled at all times so that we can save your preferences for cookie settings.

If you disable this cookie, we will not be able to save your preferences. This means that every time you visit this website you will need to enable or disable cookies again.